Can hours and minutes be communicated by graphic elements?

We found out that 12 fields forming a ring, just appearing one after the other, could very well indicate the hours. At noon the ring is completely filled, and the second half of the day the fields disappear till midnight.

The inside of the ring contains the minutes. The minutes also appear one after the other. 60 graphic fields arranged in such a way that the number of partial filling can be easily captured. So it was obvious to structure the minutes in groups, that is 12 groups with 5 parts or 6 groups with 10 parts. Later other groupings were also played through.

The principle seemed simple and exciting. How tangible can the space of time be? How many well readable variants can be found? Which aesthetic aspects become visible with this experimental arrangement? 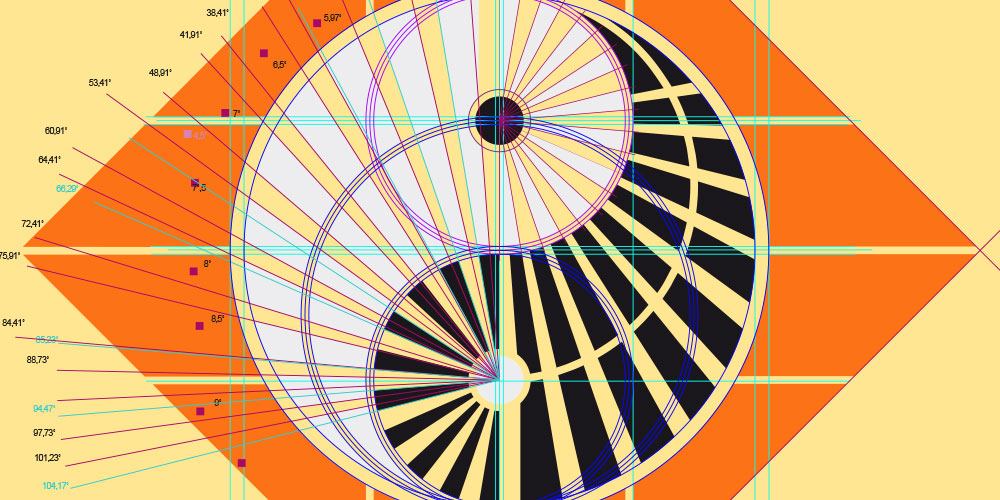 Our artistic program is to divide a certain number of fields by the use of construction lines in order to create a new unity.

The choreography of the appearing fields is based on the ideal of the self-evident. The viewer, too, can find a new experience of unity through his or her perception of fulfilling time. Our art of displaying time through geometric patterns is inspired by arts, architecture, sacred geometry, mandalas, yantras, crop circles..

If you like, you can see them as temples of liberated time. 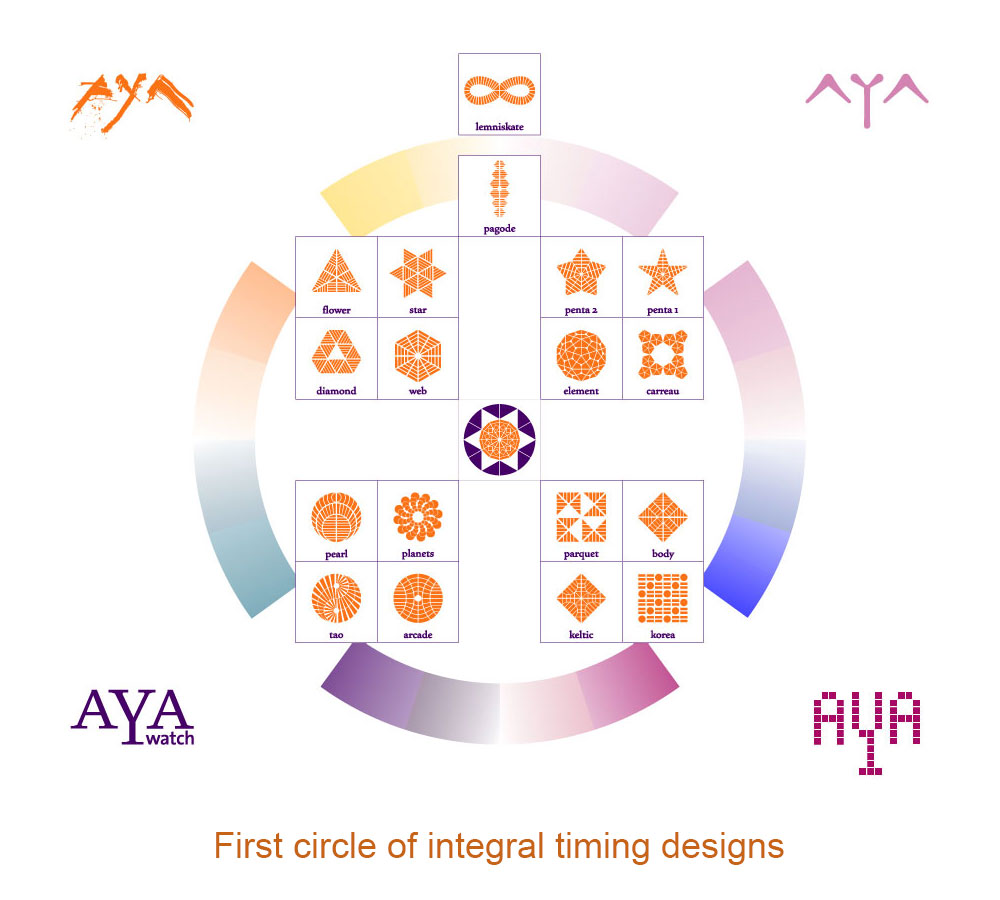 In the early nineties, the first graphics were created, which were to enable a new architecture of the time. A few years later the first computer programs were developed, which brought the system time as an integral watchface on the screen. From 2004 onwards, the integral timing was realized with Flash and published as work in progress on the Internet. Until 2018 about 80 designs were presented ( -> AYA-watch.de )

We are continuously flowing on our vision of the fulfilment of time, and we hope to advance the exemption of time in consciousness this way.